My passions are Japanese gardens and since 2012 I am blessed with the possibility to live and work in Japan.

In 2008 I finished my gardener training with specialization in perennial plants in the botanical garden of Hamburg (Loki Schmidt Garden).
Between 2008 and 2012 I continued to work in the botanical garden’s greenhouses and was in charge for tropical crops and the breeding of beneficial insects. Later, I moved outside and was in charge of the “perennial valley” for one year before I moved to Japan.

In 2012 I had the chance to go to Japan for an internship and worked for a landscaping company near Tokyo. The same company kept me, even after my internship has ended, until 2014.

Since 2014 I am working for an exterior and garden design company based in Tokyo and writing for Real Japanese Gardens, a project to arouse interest in real Japanese gardens in Japanese people but also in people all over the world.

The logo of Clover Garden consulting & Design is based on a Japanese family crest. The flower used in it is Oxalis corniculata, which is the most used plant in family crests.
It is also the plant in my family’s crest, that’s why ich chose it for my logo.

The logo was designed by hallo.hello.moshimoshi. 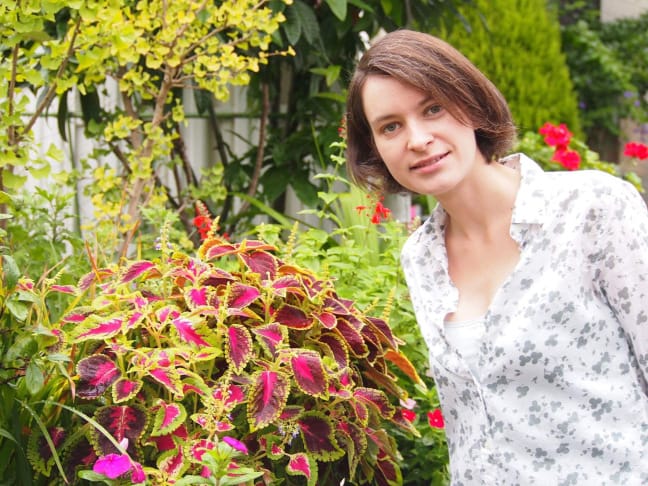